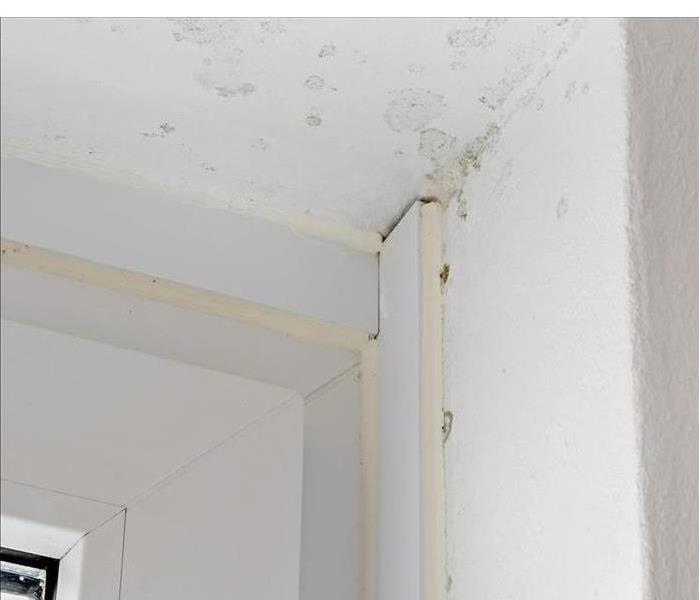 A client's condominium home in Redwood Shores had a roof leak that wetted several portions of walls and ceiling corners in two bedrooms.

Mold colonies began to form on  the surface of those damp areas of structural materials. The roof leaks were fixed, and SERVPRO was hired to remove the mold and to dry the damp portions of ceilings and sections of wall. After the mitigation was completed, SERVPRO of Belmont San Carlos was hired to perform the cosmetic repairs.

Our team of skilled repair craftsmen smoothed the sheetrock plaster, installed crown molding and applied decorative paint to the ceilings and walls.  The homeowner turned "lemons to lemonade."

View More Before & After Photos