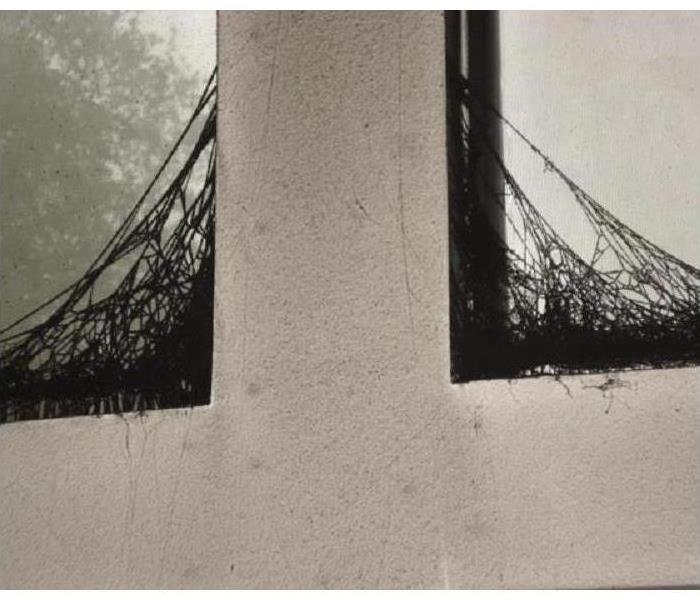 We recently responded to a house fire in Woodside, California.

The fire department had to cut electrical service to the home. Without a light source, the homeowner was unable to survey the damage. After we arrived to do an initial walkthrough, equipped with our flashlights, the homeowner began to notice very dark "spider webs" on the walls.  She said that she was disappointed with the quality of her house keeper's work. We smiled and explained that the "spider webs" are actually known as "soot tags".

As smoke/soot circulates through a home during a fire, the heat will move towards cold areas as the air seeks equilibrium within its environment. In areas of lower circulation, the soot will form what is known as "soot tags". Soot tags form when synthetic/petroleum based sources burn. It also has a lot to do with the Ion charge (static electricity) in the air.

Customers frequently mistake the soot tags as smoke that has attached itself to spider webs that were present during the fire. In fact, they are new unique chains of soot that look a lot like smoke covered spider webs.