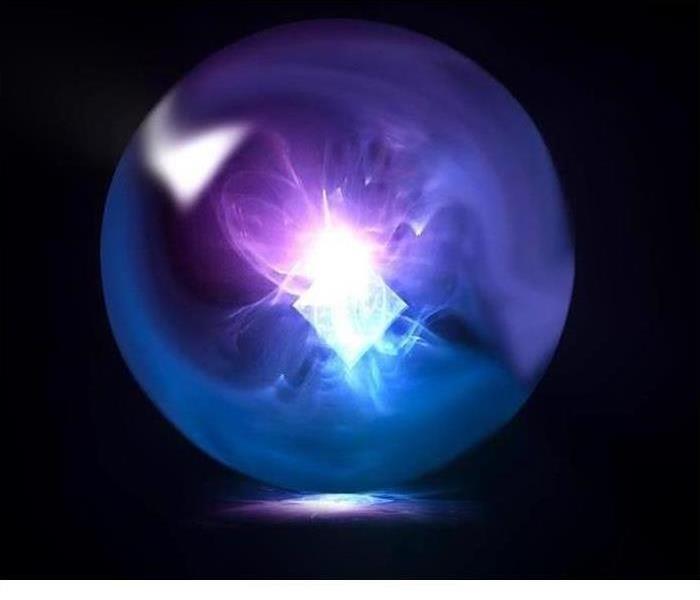 Have you ever heard of something this bizarre?

How many of us would like to have a crystal ball? Well, one homeowner in Atherton had a crystal ball, and it turned out to be not so lucky, nor an accurate predictor of the future.  Their small crystal ball was an attractive decoration and an interesting conversation piece. It was placed on the wide windowsill of a gorgeous bay window in the formal living room of an Atherton mansion. At a certain time, each day the crystal ball caught sunbeams reflecting the dramatic prismatic colors into the room. As the seasons changed so did the angle and intensity of the sunlight until one day the reflected sunbeams from the crystal ball focused on the nearby crushed velvet draperies.  Yes... the draperies caught fire. The fabric, wall and ceiling were badly scorched causing smoke to contaminate a stairwell and the upper hallway with soot. Luckily, a maid service was working in the house. One maid called the fire department as the other maid used a garden hose to extinguish the flames. Our SERVPRO of Belmont/San Carlos franchise was hired to clean up the damage. This was one of the most unusual origins of a fire we have experienced. The crystal ball was not damaged, but it was never placed in the direct path of sunlight again. However, it does remain a conversation piece with a notorious past.